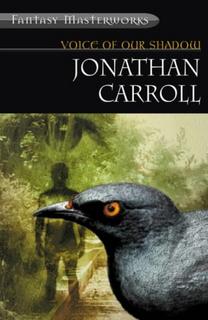 The extraordinary emerges from the ordinary.

Jonathan Carroll's second entry in the Fantasy Masterworks series decentres the quotidian, and then adds a jarring blast of impossibility. The maxim that 'magic is science, misunderstood' seems to suffuse his work, and the reader is constantly left searching to discover if their inability to explain the appearance of the seemingly impossible within narratives which for much of their course are reassuringly everyday is due to their having missed something in the text. They have not; they have, however, been spellbound by the author's singular ability to interweave the extraordinary with the ordinary. Carroll witholds the deployment of the inexplicable elements in his narratives until such time as he created so plausible a rendering of contemporary life within his textual environment that we are willing to accept that such preternatural events could happen inside as well as outside of nature.

So beautifully crafted are the shattering denouments which are a feature of Carroll's work, conjoining as they do so many elements of the structure of his texts and forcefully amplifying their themes, that his books are difficult to describe without revealing plots in their entirety.

Joe Lennox, the protagonist of Voice Of Our Shadow, is responsible in part for the death of his bullying brother Ross whilst in the company of his sibling's streetwise friend, Bobby Hanley. A short story he writes as a purgative based on his brother's life is published, and the rights sold for a sum sizeable enough to allow him to travel and toy with writing for a living. He settles in Vienna and encounters Paul and India Tate, both of whom he becomes close to. Joe and India become romantically involved, and Paul dies shortly after having discovered their infidelity. India spurns Joe, who moves to New York, where he meets Karen. On returning to Vienna determined to resolve the path his future will take, Joe discovers that Ross and Bobby are continuing to exert a malign influence over his life.
Tweet